The Hokkaido University neurosurgery program was first formed in January 1958 under the leadership of Dr. Mitsuo Tsuru shortly after his return from neurosurgical training in the United States.  At that time, neurosurgery was a sub-group within the Departments of Surgery and Psychiatry.  In July 1958, Dr. Tsuru was elected lecturer of the Department of Psychiatry and 18 beds were installed for neurosurgery.  Beginning in 1961, the department began to offer a  six-year residency program for young neurosurgeons, modeled after the curricula Dr. Tsuru had observed in the United States. This program has since become a trademark of the department.  In 1965, Hokkaido University’s Department of Neurosurgery was established as a distinct department, becoming the third national-university-level neurosurgical department. 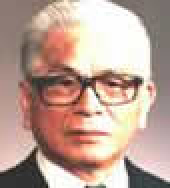 Dr. Mitsuo Tsuru (1st Dept. Chair, 1965-84)
Dr. Tsuru graduated Hokkaido Imperial University School of Medicine in 1943.  After surgical and gynecological training, he moved to United States for neurosurgical residency training.  He spent several years at Albany Medical School as well as in the medical schools at Harvard University and Tufts University. He was the first Japanese certified by the American Board of Neurological Surgery.  In 1965, the Hokkaido University Neurosurgery Department was officially established, and Dr. Tsuru was elected the first chairperson.  He spent most of his energies expanding neurosurgery in Hokkaido.  He has hosted many neurosurgical meetings, notably including the Japanese Society of Neurosurgery Annual Meeting (1970) and the Japanese Society of Neurology (1984), among others. 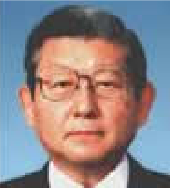 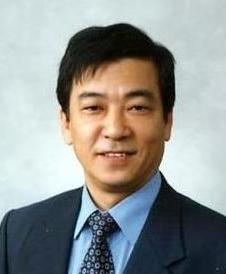 Dr. Yoshinobu Iwasaki  (Dept. Chair, 2000-2009)
Dr. Iwasaki was elected as the 3rd department chair in 2000.  He graduated from Hokkaido University School of Medicine in 1971. He served as an assistant professor, then lecturer, before moving to the University of California, San Francisco (UCSF).  He began his tenure as department chair upon his return to Japan. During his appointment, he focused on developing and strengthening the spinal surgery program.  He organized the Japanese Society of Spinal Surgery annual meeting in 2005.