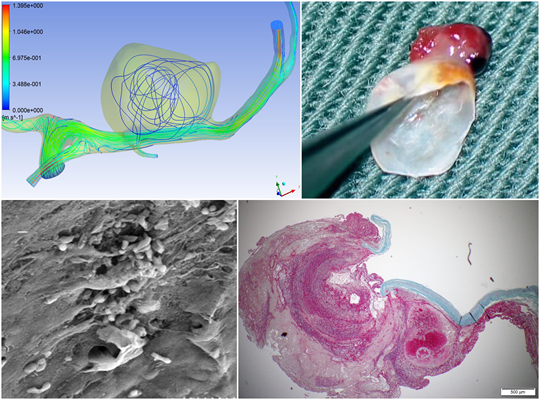 Investigating brain networks in injured brain
Brain injury from neurotrauma, cerebral vascular diseases as well as tumor involves multiple brain networks.  Recent development of neuroimaging postprocessing technique as well as statistical analysis enabled noninvasive measurements of brain morphology as well as functions in the brain areas.  Nevertheless, investigating brain networks is challenging in the brain with injury, and it will only be possible none other than neurosurgeons.  Our goal is to provide optimal strategy for the surgical intervention in patients with Moyamoya disease.  Since a certain number of patients suffer from cognitive impairments, the timing of revascularization as well as medical intervention should be optimized. Research of brain structure and function in patients with moyamoya disease will provide a novel insight into vascular cognitive impairments as well as makers to track convert ischemic injury. 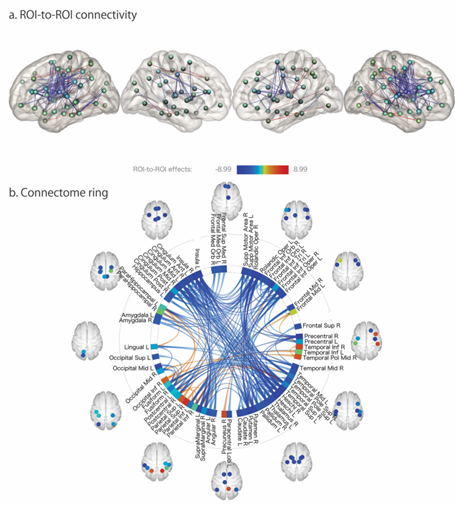 EZO (effective zone for mobile stroke team) trial
A treatment for cerebral infarction has been progressed by an advancement of endovascular treatment in recent years, but because of the fewer number of doctors available for a new treatment, the treatment may not be appropriately provided in some regions. Thus, in cooperation with the related facilities, Hokkaido University Hospital has established a system where medical specialists can provide treatment supports by traveling. If this treatment support system is scientifically proved as effective, it will give a greater chance to provide appropriate medical services to more people <See Figure>. Since there is a concern that regional gaps in terms of medical quality would increasingly be further widening in future, it is expected that the system could be one of the methods to solve such issues. 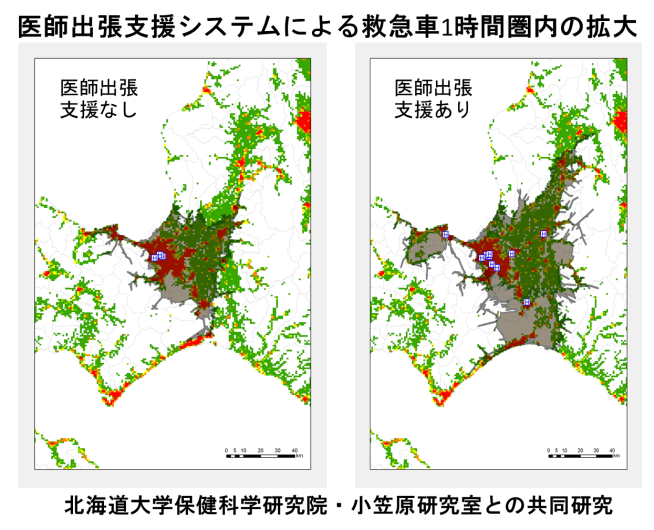 Measurement of blood viscosity by an electromagnetic spinning sphere (EMS) viscometer in ischemic stroke patients
Although increased blood viscosity (BV) has been identified in the in the acute phase of ischemic stroke, actual measurements of BV have not been performed in clinical practice recently. We attempted to reconfirm the meaning of measurement of BV in acute ischemic stroke patients classified into ischemic stroke subtypes by using an electromagnetic spinning sphere (EMS) viscometer (Cooperation study with Prof. Sakai who developed the EMS viscometer in Institute of Industrial Science, the University of Tokyo).
The results of the measurement revealed that BV did not equally increase in all stroke subtypes, and it significantly increased in patients with small artery occlusion (SAO) at the date of admission, suggesting the involvement of dehydration. From now on, we would like to analyze BV values more in detail by investigation of shear-rate dependency and comparison between whole blood viscosity and plasma viscosity. 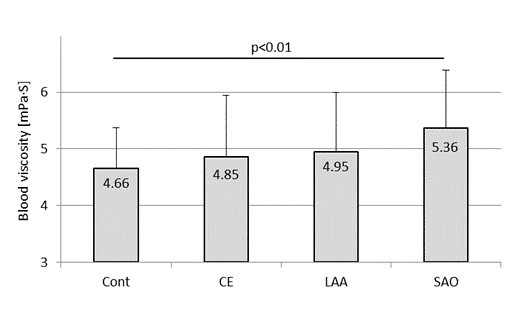 Proton beam therapy for patients of pediatric brain tumor
We have the newly opened facility for proton beam therapy. Proton beams display a feature to release the main dose of energy close to the tumors, and the surrounding normal tissue is not affected. It offers numerous benefits to patients of pediatric cancer. We have a weekly pediatric cancer board with department radiation oncology and pediatrics.
Consideration of high order brain function after deep brain stimulation for Parkinson disease
Deep brain stimulation, following DBS, is performed for involuntary movements, such as Parkinson disease, idiopathic tremor, so on (see figure). Moreover, it is well-known that some patients show mental disorder or cognitive disorders, such as depression, apathy, so on. However, it is controversial as for the mechanism. We will perform a prospective study as for high order brain function after DBS using various clinical psychological examination and functional imaging (Independent clinical research; 014-0032). 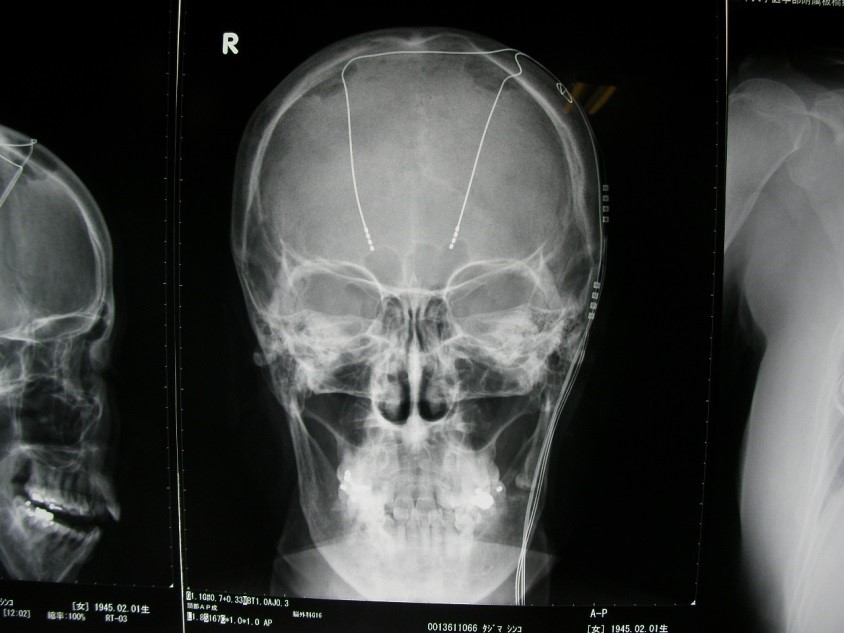