Neuroprotective therapy for acute ischemic stroke by artificial oxygen carrier
Artificial oxygen carrier is expected to have favorable effects in ischemic brain by superior microvascular perfusion due to its rather small size compared with red blood cell. Recently a core-shell structured hemoglobin-albumin cluster “HemoAct” gains considerable attention as a promising artificial oxygen carrier in clinical practice. We now investigate the neuroprotective effect of HemoAct in acute brain ischemia (Cooperation study with Prof. Komatsu who developed HemoAct in Dept. of science technology, Chuo University). We observed reduction of infarction volume and maintenance of microperfusion by administration of HemoAct in rat transient middle cerebral artery occlusion model. We have plans to investigate the therapeutic effects in different ischemic models. 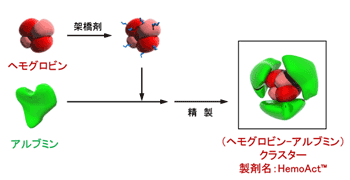 Neuroprotective therapy for acute ischemic stroke by local brain hypothermia
Hypothermia (systemic) has been well known to have neuroprotective effects. We investigated the therapeutic possibility of local brain hypothermia by transarterial cold infusion in ischemic stroke. We disclosed that infusion of cold saline via the ipsilateral internal carotid artery reduced infarction volume by one-third in rat transient middle cerebral artery occlusion model. Electron microscopic analysis revealed that microvascular narrowing by swollen astrocytic end-feet was suppressed and microvascular perfusion was improved by the local brain hypothermia. This therapy also had neuroprotective effects on an ischemic model with persistent main artery occlusion in addition to the typical transient ischemic model. Based on the results of this study, we are now investigating the clinical application of this therapy in a clinical trial, designated as ”COOL IVR study”. 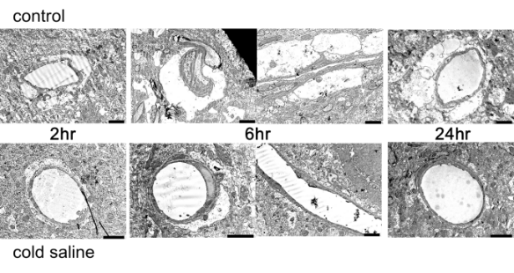 Sphingolipid as a neuroprotective agent for ischemic reperfusion injury
Sphingolipids have long been viewed as merely ubiquitous components of the cell membrane.  Recently, sphingolipids have been increasingly revaluated because they are now recognized to not only regulate vital cell functions, but also form cell membrane microdomain “lipid rafts” for integrating cell signalling.  FTY720 (Fingolimod) is a novel immunomodulatory agent, which in its phosphorylated form acts as a high affinity agonist of the Sphyngosine-1-Phosphate (S1P).  It became the first oral drug to be FDA-approved for clinical use in the treatment of multiple sclerosis.  FTY720 readily crosses the blood-brain barrier and exerts a number of direct effects in the central nervous system.  FTY 720 is phosphorylated by SphK, which then acts on 4 of the 5 known S1P receptor subtypes (S1P1, S1P3, S1P4, S1P5), and shows neuroprotective effect against many central nervous system disease including cerebral ischemia.  We are focusing on the microglical effect of the FTY720 and try to expand the clinical use of this drug for ischemic reperfusion injury. 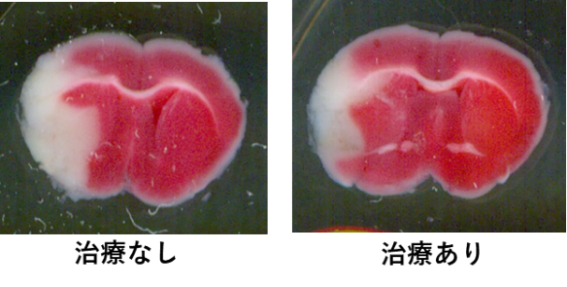 Bone marrow stem cell for central nervous system disorders
Central nervous system (CNS) disorders may result severe sequelae.  Many advanced therapies have been investigated, however, its clinical effects are not satisfactory, because of limited CNS regenerative ability.  Stem cell therapy has been increasingly recognized as a new treatment strategy for CNS disorder, especially bone marrow stem cells (BMSC) are one of the promising candidate for regenerative therapy.  We have shown that BMSC may protect and recover damaged CNS through multiple mechanisms.   We are currently undergoing clinical trial using bone marrow stem cell for ischemic stroke (Clinical trial UMIN ID 000026130). 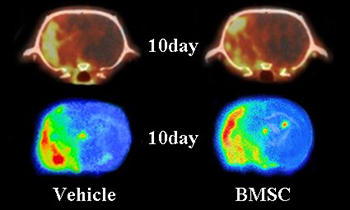 Clarifying the mechanism of disease onset in Moyamoya disease
After more than 40 years of basic research, one disease susceptible gene such as RNF213 has finally been discovered.  However, the mechanism of disease onset remains unclear.  We are focusing on gene expression profiling as well as biosignal analysis both in blood and vasculatures.  We succeeded to establish iPS cells from leukocyote of the patients and induce differentiation of pericyte.  Contribution to sheer stress, reduced cell adhesion will be investigated. 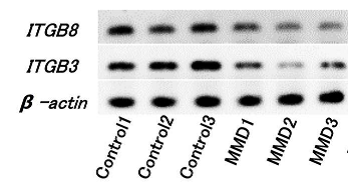 Establishing nation-wide registry for Moyamoya disease
To establish optimal patients care, many clinical researches are necessary.  Blood samples taken for basic research often lack clinical information for optimal statistical analysis.  We are currently working on to establish nation-wide Japan Moyamoya registry.  Japan moyamoya registry will streamline clinical researches and provide information necessary to facilitate basic research.
Development of a new embolus material with use of soft matter
Cerebral endovascular treatment is expected to be changed fundamentally through an advancement of  tool/equipment. We have been engaged in a new embolus material with a soft matter technology (Hokkaido University, Faculty of advanced life science, Laboratory of Soft & Wet Matter, a collaboration study with Dr. Takayuki Kurokawa) <See Figure>. Embolus material is a matter for blocking abnormal blood vessel such as brain tumor, but because embolus material is invisible in X-ray, it is injected with a mixture of contrast agent. If embolus material itself becomes visible in X-ray, it is expected to provide a treatment effectively/safely. If embolus material as being visible in X-ray can be developed from this study, it would open up a new world for vascular embolization. 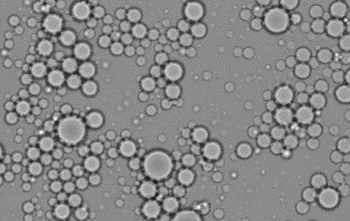 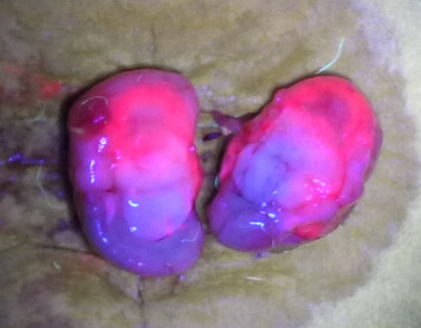 Molecular classification of glioma based on genetic profiling
Recently, many comprehensive genomic studies of brain tumors were reported. We have plenty of archive frozen materials of surgical specimen obtained from our patients. We are now investigating genomic profiling of glioma using this frozen tissue and re-classify glioma based on molecular subtype, then we want to find out novel findings by molecular classification combined with detail clinical information or prognosis. 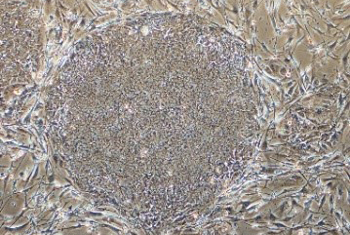